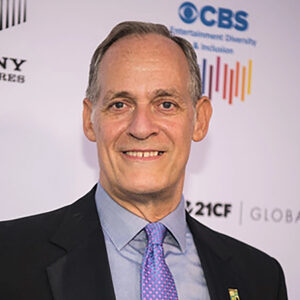 SHAMEY CRAMER Founder, Co-Chair – Shamey is a pioneer in the LGBTQ+ sports movement as founder of Team Los Angeles for the inaugural Gay Games (1982); and co-producer of the Festival Games (1983-85), the first annual multi-sport festival ever hosted by the LGBTQ+ community. He was diagnosed with HIV in 1985, and a 1991 skiing accident left him permanently disabled. He was a Route Designer and rider for the inaugural California AIDS Ride/LifeCycles (1994) and a member of West Hollywood Aquatics water polo (2000-2010). Pride Magazine named him to their 2012 Sweet Sixteen LGBTQ+ Game Changers in Sports.

Shamey served as a volunteer advocate for the HIV Organ Policy Equity Act, and was delegation lead for the Oval Office signing ceremony with President Obama. Variety featured him as one of Hollywood’s Top 30 influencers for Inclusion following his role as Festival Director for the inaugural ReelAbilities Film Festival: Los Angeles presented by the City of Los Angeles Department on Disability (2018).

Born in Chicago and raised in Wisconsin, Cramer lives in Los Angeles, working in entertainment and sports administration. He received his A.A. degree in Cinema Production from Los Angeles City College, and his B.A. in Film from Woodbury University and is an award-winning writer and public speaker. 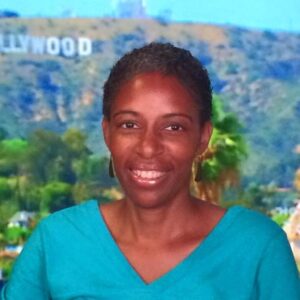 TRACEY SAVELL REAVIS, Co-Chair – Tracey Savell Reavis is the CEO & Founder of The Savell Group, a sports communication consulting firm. Tracey is a veteran journalist who’s written for the National Basketball Association, the United States Olympic Committee, Callaway Golf Media Ventures, CBS Sports and Sports Illustrated magazine. She is the author of The Life and Career of David Beckham, and also publishes The Club newsletter, curated content on the U.S. men’s and women’s national teams and world football. Tracey is a Brooklyn, New York native and a Fordham University grad. 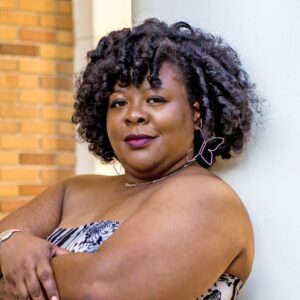 TANDRA MOORE, Graphics and Logo Design – Tandra Moore is the professional graphic artist and freelance designer behind her company, Creations to a T. She helps people with their dreams. She has helped thousands of customers find success by developing their vision and ideas into eye-capturing designs. She is originally from Queens,  New York, and now lives in the Tampa Bay area. Tandra is not only your favorite graphic artist but she’s also a photographer and a deejay. Find her portfolio and party mixes on her website. 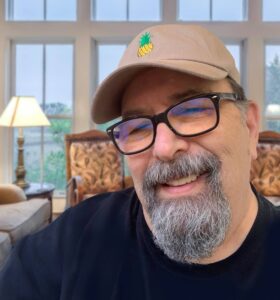 CHICK CICCARELLI, Web Consultant – Chick is the CEO of WebWizards®. He is a senior-level executive with 40+ years experience in advertising and specializes in brand strategies and web development. He has won numerous national design awards in both print and web development and was honored by the Smithsonian Institute for his promotional contribution to the historical Voyager flight around the world. He is a member of the National Academy of Media Arts & Sciences and a finals judge for the International Business Awards (The Stevies). Visit Chick’s art direction website here: https://chickc.com

Meet the talented graduate consultants from the San Diego State University Sports MBA program, who provide social media and branding strategy, as well as content and event management for the Diversity in Sport initiative.

Everyone involved with Diversity in Sport Day will be able to promote and celebrate this day in whatever form best suits their needs: be it strictly to show support through an online, social media campaign;  host a registration party for an upcoming event; a day to recruit new participants; or launch a new fundraising campaign, our goal is to create greater awareness and connectivity for those who already promote diversity and inclusion, particularly through the use of sport, as part of their mission.